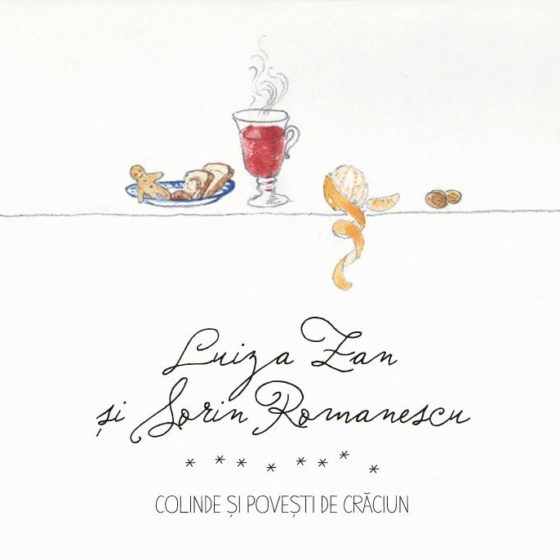 This album is now available

You can purchase this album from

Put together all the colors that you know and dip into them the words that you’ve always heard and loved to hear them, too, then place them nicely, not on paper, not on canvas, not on asphalt, but on the ears of the people you love, without even knowing who they are. Then pick, drop by drop, every bit of happiness that your work brought with it and plant it carefully, not in the ground, but in a music album.

That’s about what Pedro Negrescu and Luiza Zan did with the seed of their album, Like water. One can find fragments of various kinds of music, in several languages spoken hereabout and elsewhere. Homogenous in interpretation, one which is free and sincere, this album cannot be placed within a music genre just like that. The two musicians opened their souls and their ears to each other and played in front of a not so numerous audience (because this album is the recording of a live performance that took place in the former Art Jazz Club in Bucharest) a warm and passionate dialogue on themes such as “time”, “earth”, “roots”, “water” or “love”.

It’s about all of these and, at the same time, there is enough space for every listener to bring their own input to the sound landscape which reveals itself, song by song. Many of the songs are re-invented jazz standards, but the two musicians play in a free-form, open structure manner, choosing wisely based on the frame instinct and the interplay between the two. An album full of life, free and played with mastery by the double bass player/composer/conductor and versatile instrumentalist Pedro Negrescu and the warm, calm and vividly colored voice of Luiza Zan.

This website uses cookies to improve your experience while you navigate through the website. Out of these cookies, the cookies that are categorized as necessary are stored on your browser as they are essential for the working of basic functionalities of the website. We also use third-party cookies that help us analyze and understand how you use this website. These cookies will be stored in your browser only with your consent. You also have the option to opt-out of these cookies. But opting out of some of these cookies may have an effect on your browsing experience.
Necessary Always Enabled
Necessary cookies are absolutely essential for the website to function properly. This category only includes cookies that ensures basic functionalities and security features of the website. These cookies do not store any personal information.
Non-necessary
Any cookies that may not be particularly necessary for the website to function and is used specifically to collect user personal data via analytics, ads, other embedded contents are termed as non-necessary cookies. It is mandatory to procure user consent prior to running these cookies on your website.
SAVE & ACCEPT