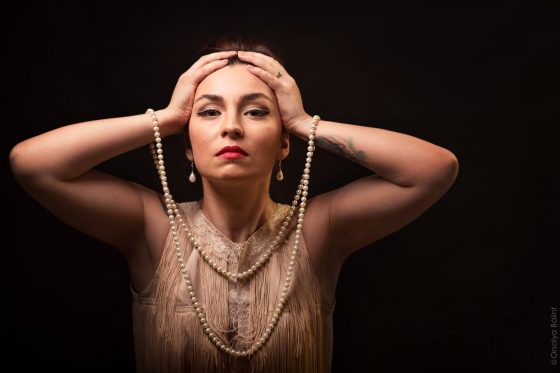 This jazz trio of an unusual lineup should definitely lure jazz lovers to their genuine performance, where they explore lesser mapped areas of music, from improvisation to various ways of how to avoid accustomed harmonic patterns when playing familiar melodies.

Through free-flowing and unconventional expressions these three prominent representatives of the Romanian and French jazz scene will exploit some well-known musical quotes from the widespread repertoire of French music, original compositions and some jazz standards in quite a unique way.

The audience might recognize not only jazz standards like Les feuilles mortes, Afro Blue or In a Sentimental Mood, but also several originals by Luiza Zan, such as Paper Boats or Horseback, familiar already to the Hungarian public from her previous concerts in our country.

This website uses cookies to improve your experience while you navigate through the website. Out of these cookies, the cookies that are categorized as necessary are stored on your browser as they are essential for the working of basic functionalities of the website. We also use third-party cookies that help us analyze and understand how you use this website. These cookies will be stored in your browser only with your consent. You also have the option to opt-out of these cookies. But opting out of some of these cookies may have an effect on your browsing experience.
Necessary Always Enabled
Necessary cookies are absolutely essential for the website to function properly. This category only includes cookies that ensures basic functionalities and security features of the website. These cookies do not store any personal information.
Non-necessary
Any cookies that may not be particularly necessary for the website to function and is used specifically to collect user personal data via analytics, ads, other embedded contents are termed as non-necessary cookies. It is mandatory to procure user consent prior to running these cookies on your website.
SAVE & ACCEPT